By Maggie Ekert and Mel Zbasnik

Vermilion offers a wide range of opportunities for professional growth and development to many different music artists and creators. We sat down with four different Vermilion Music producers – Chris Hawthorne, Blake Gomersall, Nathan Melvin-Tong, and Ryan Connery – to discuss what the essential role of the producer entails, how they got into music and how Vermilion has helped to develop their approaches as music artists and collaborators.

VERMILION: What’s your role and what do you do?

CHRIS: My role is being a music producer. It’s kind of like working around a lot of different things. There’s the acoustic recordings and instruments that bands play and then there’s also the electronic aspect of things where you can build a whole different track on top of that if you wanted to.

BLAKE: It’s a lot of work [laughs]. It’s good because I’m playing with Allora as well, I’m separating that so I’m not working with them on the production stuff – that way they can get a fresh perspective from someone else. But yeah, [producing] is good because you’re playing with a band and then you’ve also got projects for other people that you’re doing, so you can be always working and practicing. 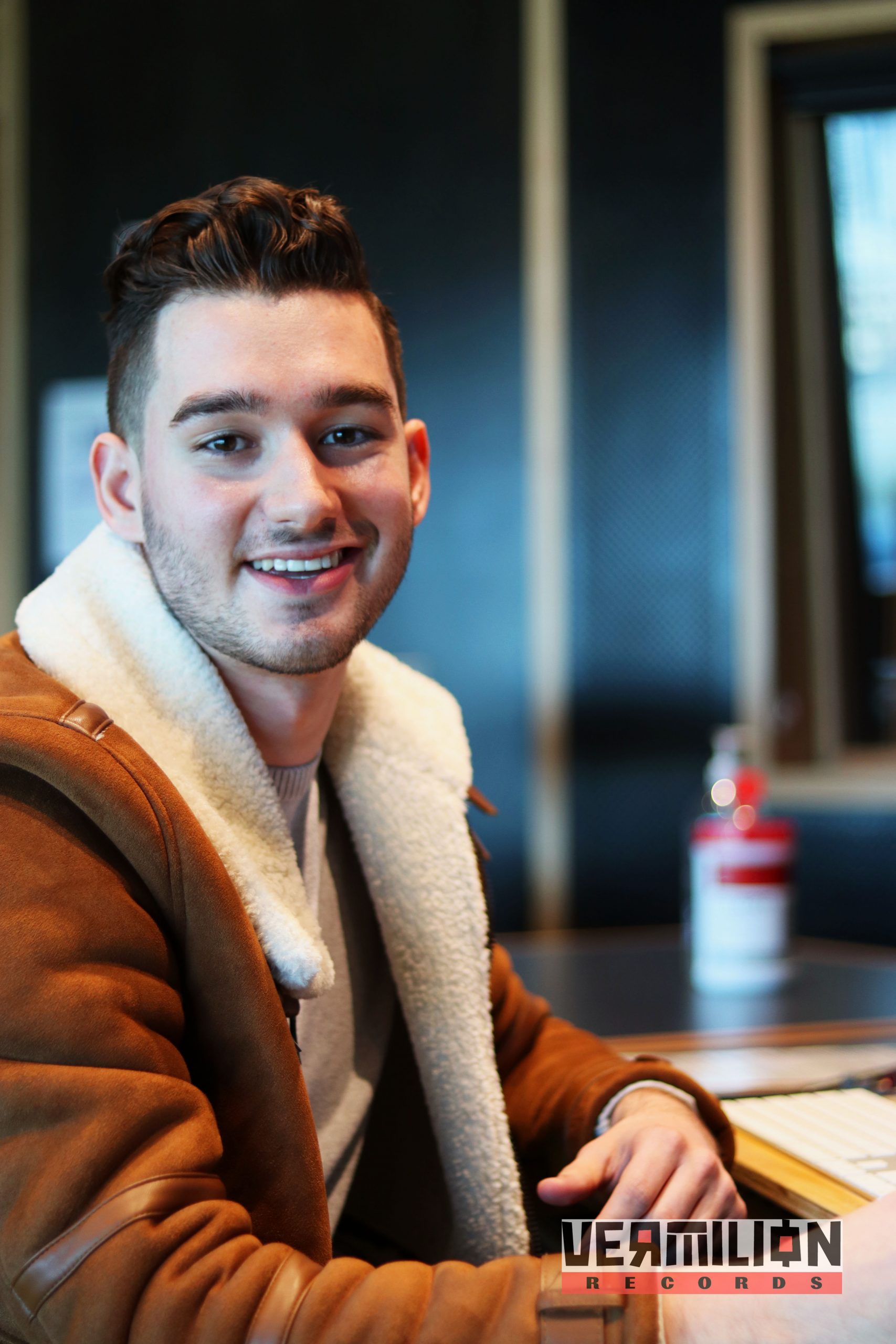 How did you get into music?

CHRIS: It’s kind of a long story [laughs]. I started out when I first picked up the bass guitar when I was in grade five and basically from there, I picked up guitar three years after that. After that I got a Launchkey Ableton keyboard which is something that can work with the computer. I did a bunch of electronic stuff around that and that was kind of like a hobby I had throughout school.

RYAN: I used to be super into sport and then I broke both of my legs at the same time, and then I was like, “Damn, maybe sport isn’t for me”. So, I started playing guitar just to do something while I wasn’t able to walk and then I started getting into ensembles and bands playing guitar, and it just kind of sparked from there and exponentially grew into a passion of mine.

Was there much at school that helped you to develop your skills in music production?

CHRIS: No, I actually did nothing related to music at school. It was just something that was a hobby that I wanted to do out of school.

BLAKE: Yeah, I did [study music in high school]. It’s whack to think of high school music now, it’s so different. It wasn’t even that complicated as well. Then you come to Uni and you’re actually like, “Wait, there’s more to music than just writing a song?”

How were you introduced to Vermilion and how has it been for you as an artist?

RYAN: I’m a third-year music student about to finish up and I actually came [to Vermilion] because I wanted to record; it worked really well. I’ve been a member of the Studios team and I’ve just been recording the Vermilion artists – it’s been really fun. It’s been cool to branch out and try different techniques.

NATHAN: I just really wanted to work with other producers and other artists because the first couple of years I was just working on my own stuff and that was it, I wasn’t really collaborating with anyone. So, working with other people has been awesome and I’ve learned heaps.

BLAKE: Vermilion has been really tolerant of me [laughs]. I was lucky enough to get signed up at the beginning of last semester and since then I’ve just been working on music. I haven’t really done a lot of gigs or anything like that, I’ve just been producing and trying to get my music sounding really good. But yeah, all the studio teams are awesome; it’s been really great to work with other producers and other artists. It’s kind of like one big collaborative space which is a lot of fun.

CHRIS: My favourite part would be collaborating with other people because working with people who are in the same position as me, we all work together and that’s the best thing about this. We all create works, we do these things, we work with artists in the studios and it’s just like one big effort to create a lot of work. 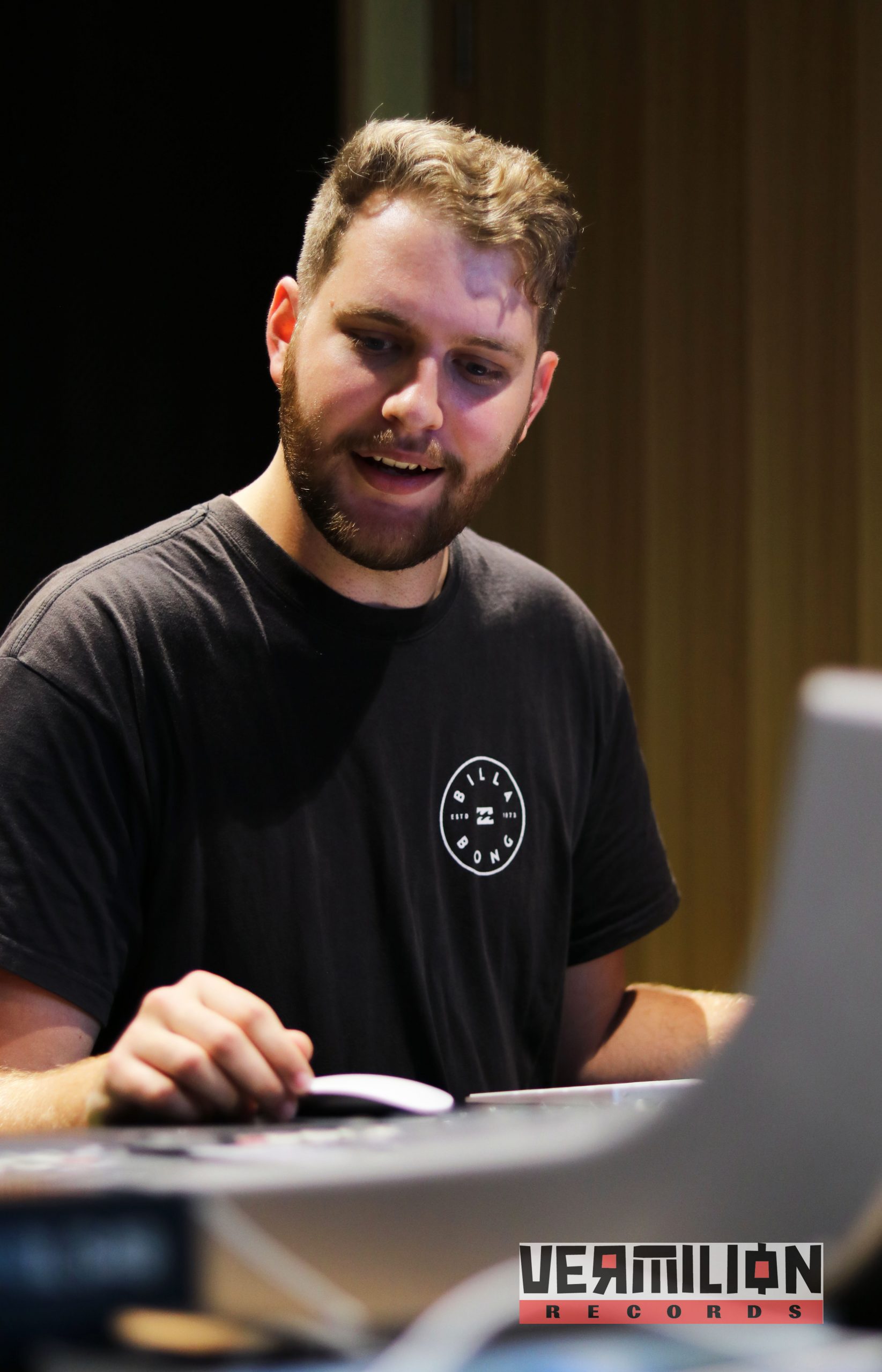 VERMILION: Are there any projects that you’re currently working on?

RYAN: Yeah, actually I’ve been working on pretty much everyone’s [Vermilion artists] sessions. I’ve worked with Allora, Bamboo Bonsai, Breakfast at Nan’s, Callum & Lara, JAAMY, and Jon Marsden. Pretty much the only person I haven’t worked with is Red [Le Clerc]. I’ve basically been just saying yes to every session I can to get as much time in the studio.

NATHAN: Yeah, so the song that I’m going to release is called Snatch, and it’s about feeling stuckwith someone, but if you left [the relationship] it would cause more pain than staying, so, yeah I think people can relate to that. It’ll be coming out in November, hopefully. 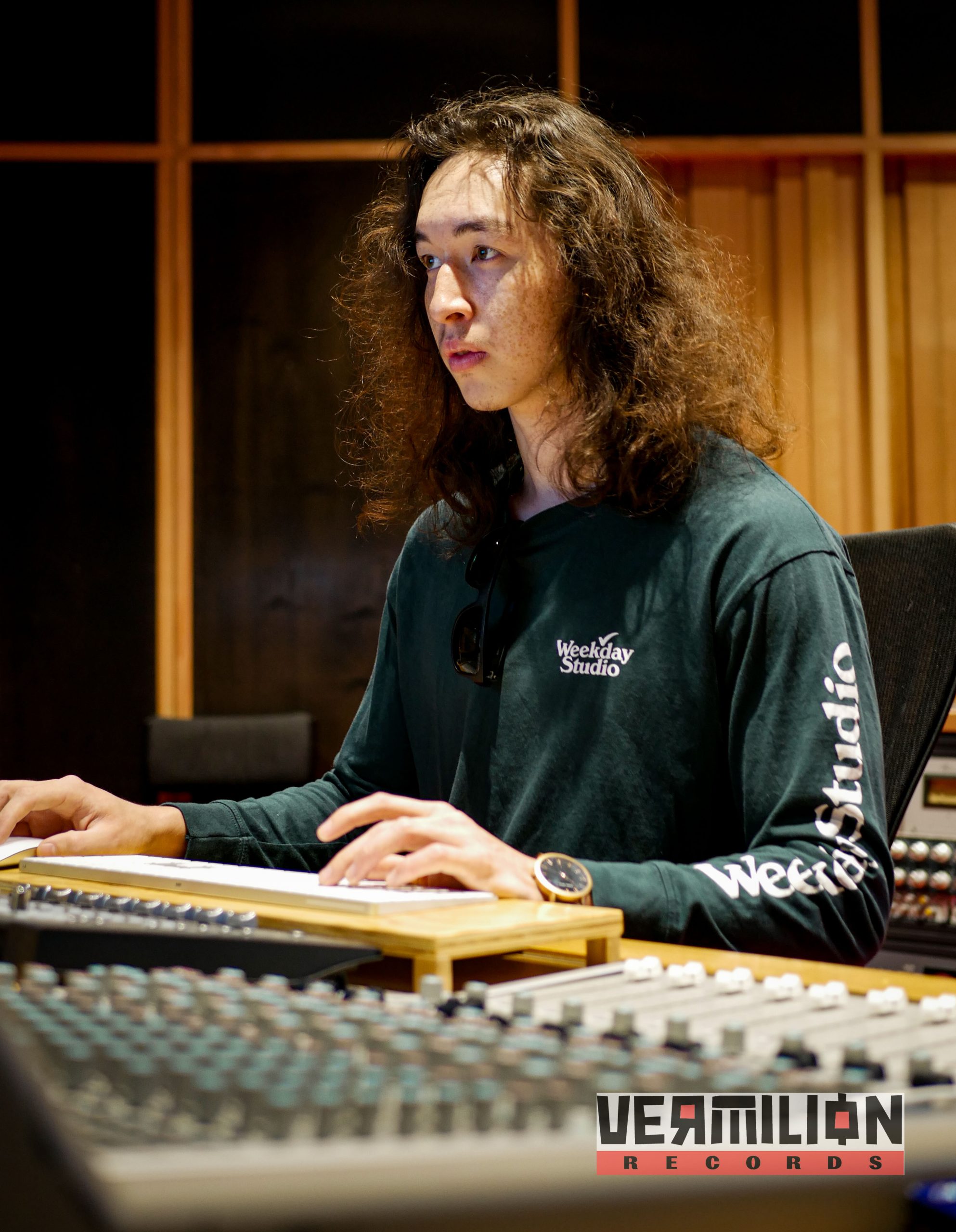 Each of these producers are working hard on many Vermilion projects which will be showcase throughout the rest of this year. To be the first to hear about these exciting upcoming releases as well as accessing our full interview with Chris, Blake, Nathan and Ryan, be sure to check out Vermilion Record’s socials!